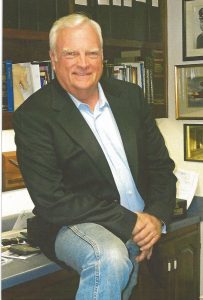 Winston Menzies, is the son of an Air Force pilot and Squadron Commander. He graduated from Texas A&M University with a B.S. degree were he also received his pilot’s license and was commissioned a 2nd Lieutenant in the United States Army.

Upon entering active duty, he graduated from the Airborne, Ranger, Pathfinder, and Jumpmaster schools. He served as a platoon leader in the 82nd Airborne Division and was later selected to be aide to the Commanding General. Subsequently he volunteered twice to command rifle companies in Vietnam. After three years, He chose to resign his commission as a Captain to begin his business career. For his service he was awarded the Silver Star, two Bronze Stars, and two Army Commendation Medals.

Going to Atlanta, Georgia for employment after the service, his civilian business pursuits include being founder and president of Creative Realty, Inc., Creative Builders, Inc., and Creative Plan Service. He later founded Creative Ministries and at the age of 44 was called into the full-time ministry, leaving his business interests to start living by faith. Winston has written many books and seminars, and currently has an evangelistic ministry serving a number of prisons, jails, and youth development centers in Georgia. He also was pastor of Greater Grace Church for 17 years, and oversees several other outreach ministries. He is married to the former Donna Williams and they have two sons, Ron and John.